The dream of every athlete 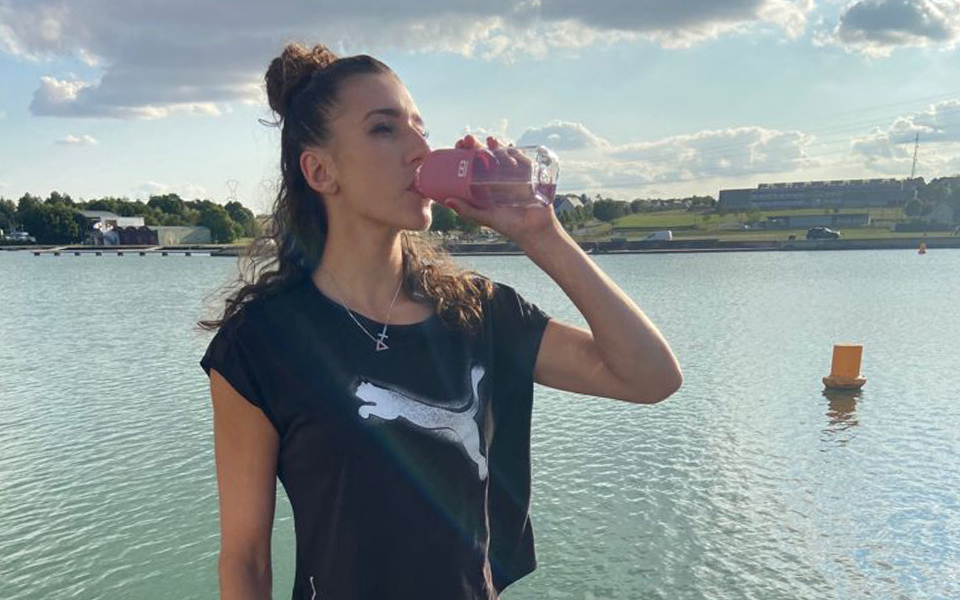 Hello the monbento Family! I’m back to share with you my INCREDIBLE experience, training and competition that took place last month in Japan! To tell you this story, I have divided my article according to the places we stayed in throughout our adventure. During our preparation period, we stayed in our “Covid-19 bubble”. We were frequently tested and could not meet people other than those of the “France group” (including players, technical staff, medical staff) or other teams in the same situation.

After the Qualifying Tournament in Graz, Austria, which led us to participate in the biggest international competition, we had two weeks to rest at the beginning of June, after a tiring tournament and a 5X5 basketball season with my club in Bourges. Then, we headed to Poitiers CREPS (regional sports center) where we stayed for a little more than a week for intensive training. We also played friendly games against the Russian team (vice-champion in Tokyo). This practice period ended with the biggest women’s 3X3 competition that we won, beating the same Russian team in the final game. I was lucky enough to be named MVP during this championship.

After that, we took a few days off again before starting the last step in our preparation.

The last stage before the competition began started at the INSEP (France’s National Institute of Sport, Expertise and Performance) where many other athletes were also practicing. We were 8 players training hard, playing friendly games since we had no official games planned. This aspect was actually the hardest to deal with since, inevitably, we wanted to be 100% ready for this competition and couldn’t lose our game level. That’s why we also played several games during a whole weekend against a men’s team from Paris. During the last week at INSEP, we acclimatized ourselves to Japan’s humidity and temperatures by adding to our schedule 1h in a thermo room, in addition to our twice-daily practice sessions.

Thermo room? What is it?

It’s a special room that helps athletes acclimatize their body to the weather conditions they will face during their competition.

For example, this was our procedure:

Personally, the first sessions of this procedure were a bit difficult because of the two trainings per day, but it really got better at the end of the week: it was easier to handle the heat and I was sweating less.

On Friday, we flew to Japan, by night, with a lot of other French athletes who were leaving, just like us, to get used to Japan’s weather and practice in real conditions before the competition began.

When we landed in Tokyo, we stayed for about 5 hours at the airport to go through all the controls, get our accreditation, take a PCR test (in Japan, we had to take daily salivary tests), and wait for our results to make sure the whole basketball “France group” was negative. Once all these steps were done, we went to Oshino – which is 2 h away from Tokyo – by bus. We stayed in a hotel at the bottom of the Mount Fuji, in front of the Yamanaka lake.

Every morning, we used to wake up in the land of the rising sun, with a stunning view on the lake and Mount Fuji! Surprisingly, in this city, weather was less hot and humid. We kept practicing in the facilities of one of the biggest industrial robot companies in the world, covering almost every single existing field (from robots used to build cars to robots used to lacquer guitars, for example). Because of the health situation, we could not go out, visit the city or meet locals in Oshino. Nevertheless, many of them, especially kids in schools, sent us small gifts, supporting videos, etc.

The day before the opening ceremony, we left Oshino where we received a warm welcome, and headed to the Village. We discovered the building of the French delegation, the self-service restaurant, and all the infrastructures built for the event. The Village was built on a former site of center waste for sorting and all the facilities will stay to help develop this part of Tokyo. In the French building, we shared a three-roomed apartment with my 3 teammates, which helped us stay focused together but also do videos, attend meetings and sessions with our physiotherapist in an easier and faster way.

My impressions of this competition:

I have never experienced such an intense schedule with 10 games in just 5 days.

I was lucky enough to attend this extraordinary competition at least once in my life.

Nevertheless, I can’t help but feel sad and disappointed with the result.

Winning a medal would have been a child’s dream coming true. Now that I’m back in France, I realize how lucky I’ve been to be able to live such an adventure.

I feel lucky I’ve been able to share this whole experience with my teammates – who represent much more than that to me, they’re like my second family – the technical and medical staff.

I feel lucky I was supported every single day by my family, my friends but also by all the people who follow me and followed us during this competition.

I feel lucky to be one of the 3X3 pioneers, because yes, it was the first time this sport was represented in this international competition.

This experience makes me want to go further, it gives me motivation for the future, I want to give everything I have to keep getting better and get ready for the next edition in Paris …