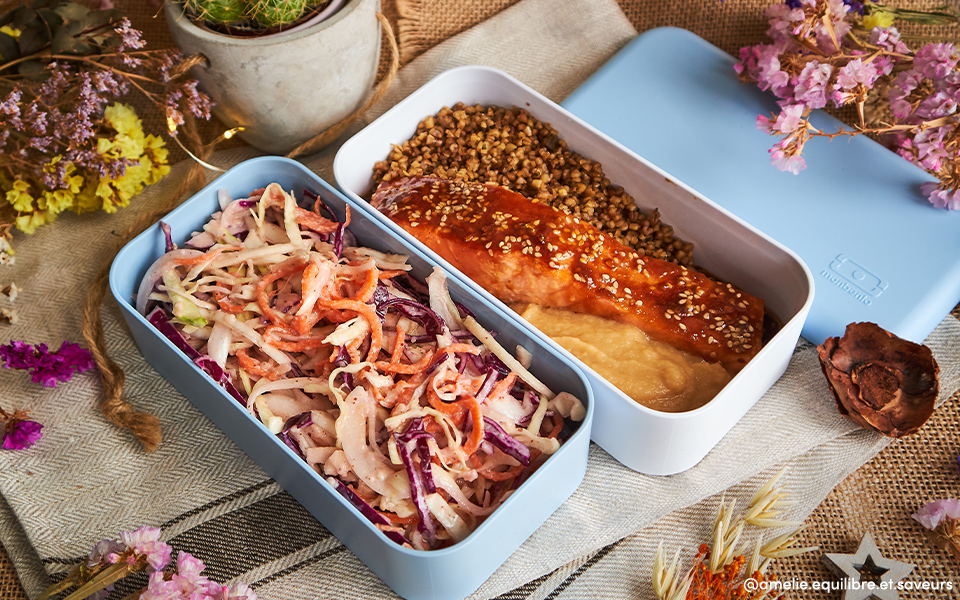 For the apple/pear compote:

Peel the apple and the pear, cut them into small pieces and place them on a baking sheet. Set aside.

Melt the butter and spread it over the fruit.   Roast in the oven for 30 minutes at 180°C and blend until the mixture looks smooth.

In a baking dish, place the salmon slices and cover them with the sauce. Marinate for at least 30 minutes.

After cooking, baste the salmon slices with the sauce and sprinkle with a pinch of sesame seeds.

Ana's suggestion: serve the salmon with vegetables, rice, or a mixture of cereals to add fiber to the menu.

Cut the cabbages, carrot, apple and onion into thin strips and grate the ginger.

Ana's tip: the ginger is grated so that its flavor is evenly distributed.

In a salad bowl, mix it all together and add a pinch of salt.

In a bowl, mix the yoghurt with the olive oil, lime juice and wholegrain mustard until obtaining a homogeneous sauce.

Pour the dressing over the coleslaw and mix well to soak the mixture. 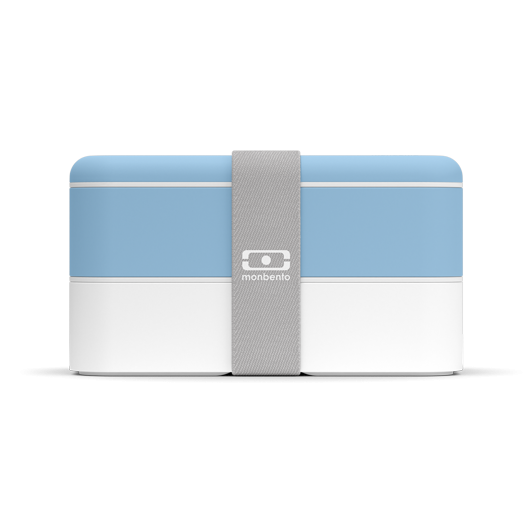 Ana shares with her 24.3K followers her passion for cooking that she got from her mother. Never tell her that cooking is just some food! As an engineer, she combines science and gastronomy to build innovative recipes!

A week of batch cooking with Make Me...